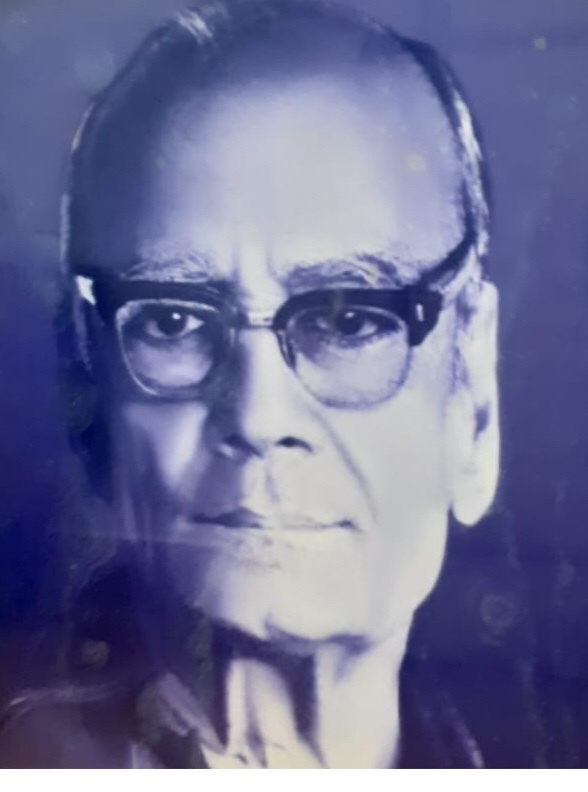 Like everyone else I had two grandfathers. It is just that they were studies in contrast. The paternal was a serious but gentle man of letters – his world, after he retired from a very senior position in the railways, was one of Sanskrit, Vedanta, prayers, writing and reading. He never spoke about his years in the railways. To him, it was the dead past. He died when I was just seven but I carry a lot of his legacy.

My maternal on the other hand, with whom I was lucky to spend a lot of time, was a jolly soul – full of what we grandchildren, at least the three that were lucky to grow into adolescence by the time he passed away, realised was known as ribald humour. He had been a Medical Officer in the Southern Railway and his manner of speech reflected those who came to him the most – engine drivers, guards, ticket examiners, nurses, and linesmen. We were all addressed as ‘child’. If he got angry it was always “what stupid, or bloody nonsense or dirty nonsense.”

Maternal grandfather made his visits after retirement to Central Station – chiefly to buy tickets for someone or the other in his vast family of cousins and siblings- a celebration of sorts. Everyone swarmed around him – from guards to ticket issuers to porters and linesmen. He even conducted impromptu medical examinations on the spot and what was more, even while this was going on, kept up a steady conversation in four languages – Tamil, Telugu, Hindi and English with everyone around, enquiring about their family members, all of whom he remembered – including their medical histories.

Once in a while he would introduce us grandchildren to the throng – and for some reason he took enormous pride in my pedigree from my father’s side – I was always introduced as the grandson of so-and-so who as you know was such and such in the railways before Independence. And then in an aside he would tell us some unprintable story of some person who was looking on. When that person came closer he would welcome him/her effusively as though this was the meeting he was looking forward to for years. “Hellooooo So & So – what a pleasant surprise…”

And he never stood in the booking queue for tickets. He would walk into the booking clerk’s cabin, be given a rousing welcome, offered a seat, plied with tea and then after some hours of chatting on everything from pulmonary thrombosis to emphysema of the lungs, he would emerge, clutching the precious tickets.

He always ran to catch trains – despite his immense bulk and weak heart. He also made it a point of getting off at each station to savour whatever was available at the refreshment rooms. “The best omelette,” he would say,”is made at the Renigunta station. You must have it child.” Did Thatha eat eggs? Of course he did. And did Patti, and more importantly, did Atthaipatti – his ultra-orthodox widowed sister, know? “Stupid nonsense child – they don’t know what is good for them. I recommend some eggs to all Brahmins for better health. Only they never listen.”

At each station there was some catching up with friends – “you know child, this is Chinnibai. Way back in the 1940s, when I was posted in Bitragunta, this Chinnibai….”

I, being of a nervous temperament would keep tugging his hand saying the train would leave without us.

“Don’t be silly child – the guard is a good friend. Ah Chinnibai – how is Shobi?”

Once it did happen that the train left and everyone thought he had missed boarding it on time. Ten minutes later he sauntered in – he had got into the guards’ van, chatted with the man on duty and walked down the vestibule. The molaga bhajjis in that station he said, were the best.

Buying platform tickets was anathema to him- “Dirty nonsense child – don’t you know how much your family has done for the railways? Both your grandfathers and now your uncle. So no need for platform tickets and such stupidity. Besides that ticket examiner there is an old friend I can see. Way back in the 1950s he came to me with a complaint of a most intimate nature…”

By now we would have sauntered in and examiner and Thatha would be locked in a tight embrace at the end of which we would have moved into or out of the platform, sans ticket of course.

My father was posted to Calcutta in 1976 and after our shift there, my maternal uncle – the one in the railways -moved there too. And so Thatha, and Patti, and Athaipatti – made it there often – always by train and always with him enjoying the journey – even the arrival at Howrah, daunting to everyone except the stoutest, was a joy to him – “Just look at the high ceilings child – and the way the concourse can handle this crowd – what planning!”

And he loved seeing off or meeting people at stations – I was ten when I had to travel alone from Madras to Calcutta by Coromandel Express. Thatha was most nervous about it though he tried hiding his feelings. I was quite happy to make the journey by myself – I had a clutch of Amar Chitra Kathas and that was all that mattered. It was only after the train started that I realised the true extent of Thatha’s network. All the way from Gudur to Berhampore there was a steady stream of minor railway functionaries who came and asked me if everything was ok. Some of the co-passengers became most curious and a couple speculated in what they thought were whispers that I was the child of some big boss in the railways. But if so why was I travelling by the Three Tier and not in some AC coach? They did not know I thought to myself, that it was not your father, but your grandfather who mattered.

In his time Thatha has seen everything – floods, cholera, mumps, measles, chicken pox, smallpox, typhoid and whatever else – I think he had handled plague cases as well, in Bellary or somewhere like that. The railways, that great leveller, pushed into his ken all kinds of people from the lowly to High Court judges who took ill on the train. He treated them all. Till his end, his hand showed a firmness in his beautiful handwriting and the way he stitched our wounds – an artiste at work. I wonder what he would have thought of the current Covid.

Part 2 can be read here

8 thoughts on “Portrait of a grandfather – 1” 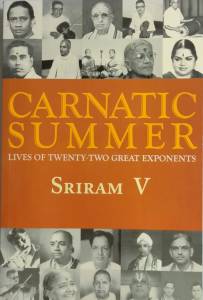 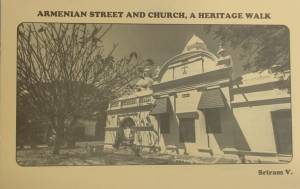