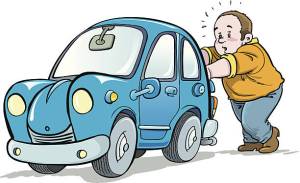 Mylapore, which to the Man from Madras Musings is the centre of the universe, becomes quite unapproachable during the festival of nine nights aka Navaratri. Doll sellers occupy the pavements such as they are, and set up displays of their wares. The civic authorities, who in MMM’s view, consider our street widths to be elastic and therefore capable of expanding at will to accommodate all demands for space, make no effort to restrict traffic around the four mada streets during this season, or for that matter, any other time of the year. As a consequence, vehicles of all kinds jostle for space with an increased number of pedestrians, who in turn stop at every doll-seller’s stall and slow down movement. Tempers run high and the language used is rich to a degree.

During such occasions, MMM does not add to the chaos by driving to Mylapore. He prefers to walk to and from the place. The distance between chez MMM and the temple is not exactly short, but then it is not really all that far either. And so it happened last week, MMM walked to Mylapore, and his work there having concluded, walked back. An added bonus was that he could take a good look at the dolls being sold. The wares this year were however disappointing in the extreme.

Having brooded on the general decline in quality, MMM walked on, and presently left Mylapore. A short distance away there was quite a bit of chaos. Traffic had come to a standstill. Cars were hooting angrily. Fortunately for everyone, this was a thoroughfare into which buses could not come and so that brute vehicle was not added to an already heady mix. The epicentre of all this was a stalled car and standing next to it, wringing his hands in helplessness, was a man that MMM knew. He was trying to explain through word and gesture that he needed the vehicle to be pushed and that help was not exactly forthcoming. MMM immediately bounded in and offered to push. This was accepted with alacrity and the man got into his vehicle.

And so there was MMM, in full evening dress, pushing a fairly large car along the road. The vehicles behind, after a final hoot or two, moved on, but not before bestowing dirty looks at the owner of the stalled car. As for the pedestrians, MMM did notice a couple of them taking photos on their cell phones of MMM pushing the car but beyond that there was no help forthcoming. The cake was taken by a man who came close and then helpfully advised MMM that his effort would bear more fruit if he placed his hands differently on the car’s boot. Having said that, he walked away, leaving MMM to toil.

MMM pushed the car all the way to the end of the road where there was sufficient space to park it. The grateful owner thanked MMM profusely and then went off to look for a mechanic, even as MMM trudged home. He had never realised that pushing a car was so difficult.